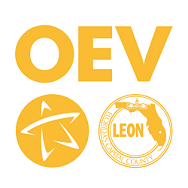 Florida's Capital City exudes Southern charm -- blame it on the laid-back atmosphere, live oak canopies and friendly hospitality you will receive when you arrive. In fact, Tallahassee is one of Southern Living's 2019 top 10 picks for favorite cities in the South, along with Savannah, Greenville and Austin.

But don't let its Southern drawl fool you. This decidedly different approach has resulted in a decidedly different city. Tallahassee has both Florida progressiveness and easy living -- 30 minutes from the Gulf Coast but with rolling hills and unlike many places in Florida - a change of seasons. Residents are nice but they are also pretty darn smart as residents in the Greater Tallahassee metropolitan area make up the most educated workforce in Florida, with 45% holding a Bachelor's degree or higher. Premier quality of life, short commute times, world-class schools, parks, a of myriad cultural and sports activities - Tallahassee is a vibrant and welcoming community.

US 27: North–South Highway with the southern terminus at US 1 in Miami, Florida and a northern terminus is at Interstate 69 (I-69) in Fort Wayne, Indiana.

US 90: East–West major Highway in the the Southern United States with a western terminus at Van Horn, Texas and an eastern terminus at Florida State Road A1A in Jacksonville Beach, Florida, three blocks from the Atlantic Ocean.

US 319: A spur of U.S. Route 19. It runs for 303 miles from downtown Apalachicola, Florida to US 1/SR 4 in Wadley, Georgia, and forms the eastern portion of Capital Circle which surrounds the core of Tallahassee, Florida then extends north to the southern portion of Georgia.

Interstate 10: The southernmost cross-country highway in the American Interstate Highway System. I-10 is the fourth-longest Interstate in the United States at 2,460.34 miles. Its western terminus is the Pacific Ocean at State Route 1 in Santa Monica, California and its eastern terminus is I-95 in Jacksonville, Florida. Major cities connected by I-10 include (from west to east) Los Angeles, Phoenix, Tucson, Las Cruces, El Paso, San Antonio, Houston, Baton Rouge, New Orleans, Gulfport, Mobile, Tallahassee, and Jacksonville.

Tallahassee International Airport (TLH): is a city-owned airport five miles southwest of downtown Tallahassee, in Leon County, Florida. It serves the state capital of Florida, and its surrounding areas; it is one of the major airports in north Florida. The airport is served by Delta Air Lines, American Airlines and Silver Airways with direct connections to Charlotte (CLT), Dallas-Ft. Worth (DFW), Miami (MIA), Washington, D.C. (DCA), Atlanta (ATL), Ft. Lauderdale (FLL) and Tampa (TPA). 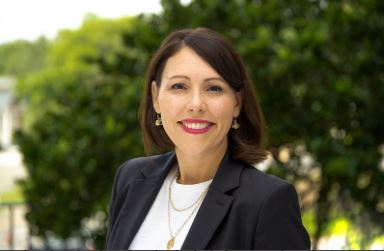 Qualified Projects You Can Trust!

You Can Leave Field Empty to Hide Link

Are you sure you want to hide the statistics section from your community profile?

Are you sure you want to hide the description section from your community profile?

Are you sure you want to hide the incentives section from your community profile?

Are you sure you want to hide the tax rates section from your community profile?

Are you sure you want to hide the map and logistics section from your profile?

You are not permitted to submit this form!
Cancel

Are you sure you want to hide the executive section from your profile?

You are not permitted to submit this form!
Cancel

Are you sure you want to hide contact information from your community profile?